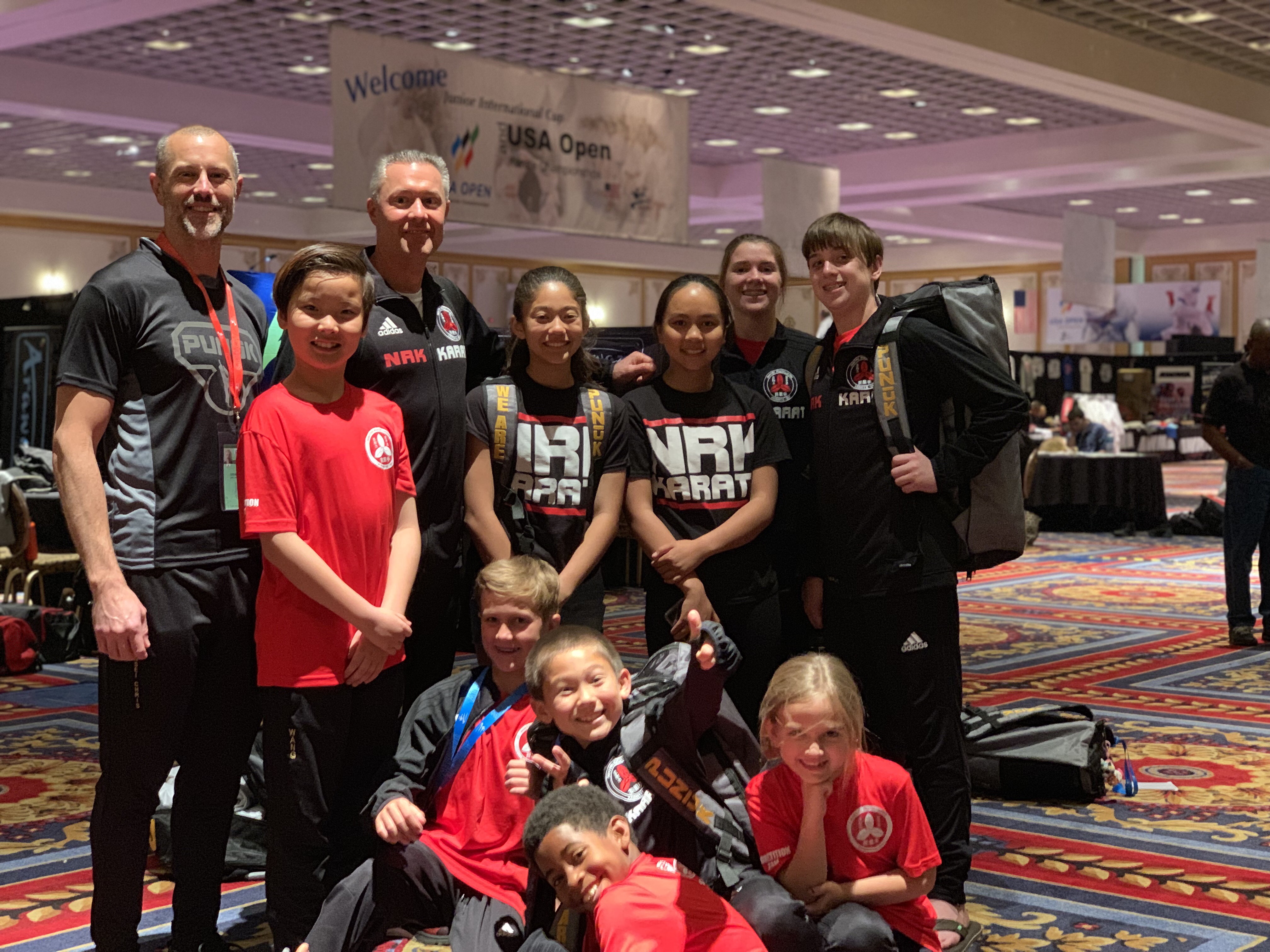 From April 19th to April 21st our Competition Team took to the tatami to represent  NRK Karate and the City of San Marcos at the largest Olympic-style karate competition in the world.   More than 2,200 athletes from across the Americas and around the world converged on Las Vegas, Nevada to compete for a chance to be honored as one of the best.
The weekend encompassed 2 events over 3 days of competition which included kata (demonstration of martial forms) and kumite (point sparring). The competition started daily at 7:30 am and carrying long into the evening hours every night.

NRK Karate’s competition team was well represented with the 16 athletes ranging in age from 8 to 14 years of age. In all the team accumulated 21 medals over the weekend, with banner performances from team veterans like Bryce McCammon, who brought home the gold in kumite,  and Emily Tran who medaled 4 times in the weekend. 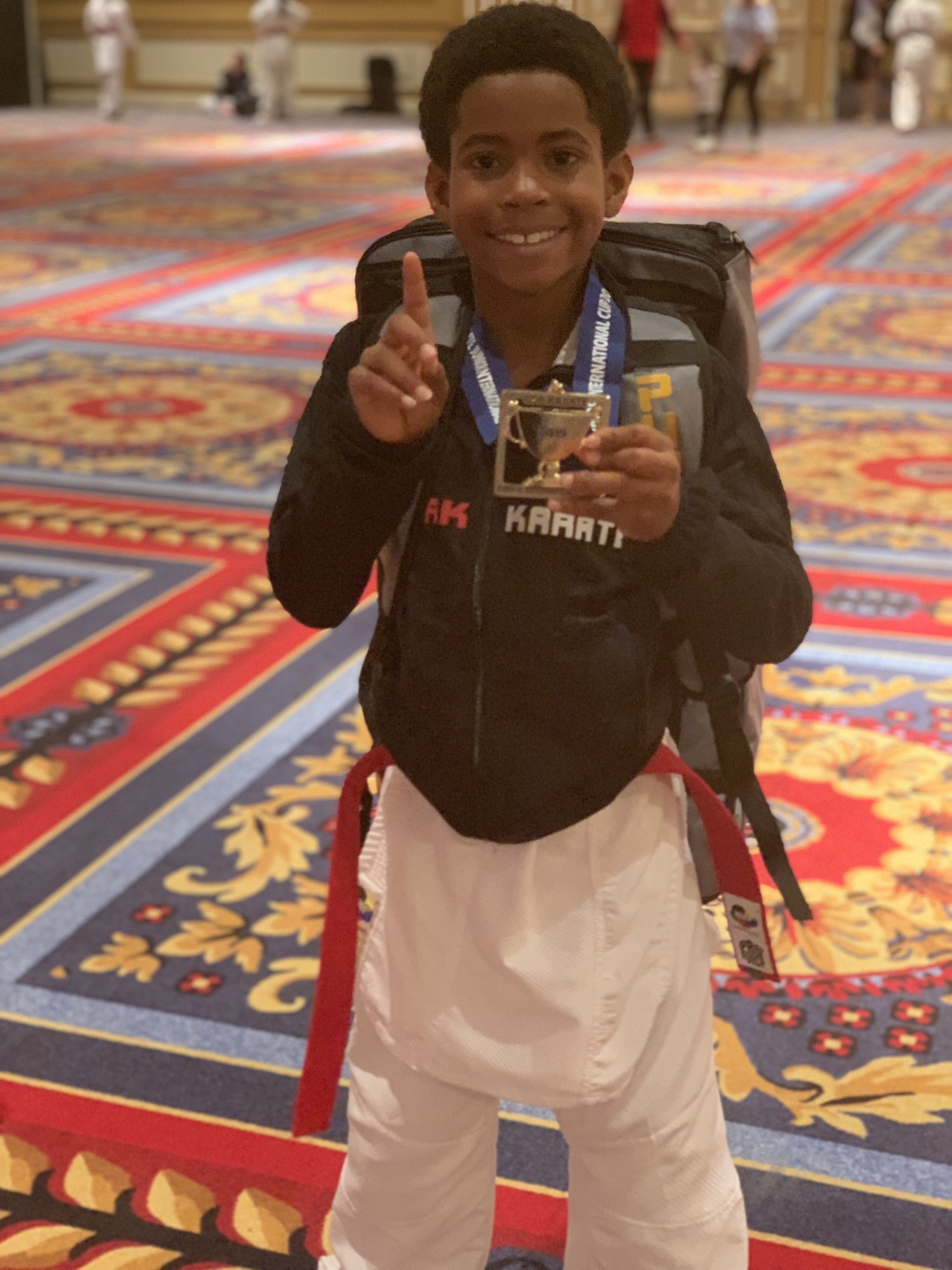 Several of NRK Karate’s young black belt athletes made an allstar showings facing off against members of last year’s US junior team, while rookie atheletes like Harper Brown, Jackson Bouvatte and young Noah Cato brought home their first medals from a major event at the JIC.

In all the Comp Team did NRK Karate proud in Vegas. Now the team turns its focus to Long Beach and the SoCal National Qualifier. With just a few weeks to prepare the team is tightening its focus to make The National Championships and USA (Olympic) Team Trials a reality.

Keep the Cheer and prayers going for the Comp Team as they strive to show the world the best that they can be.