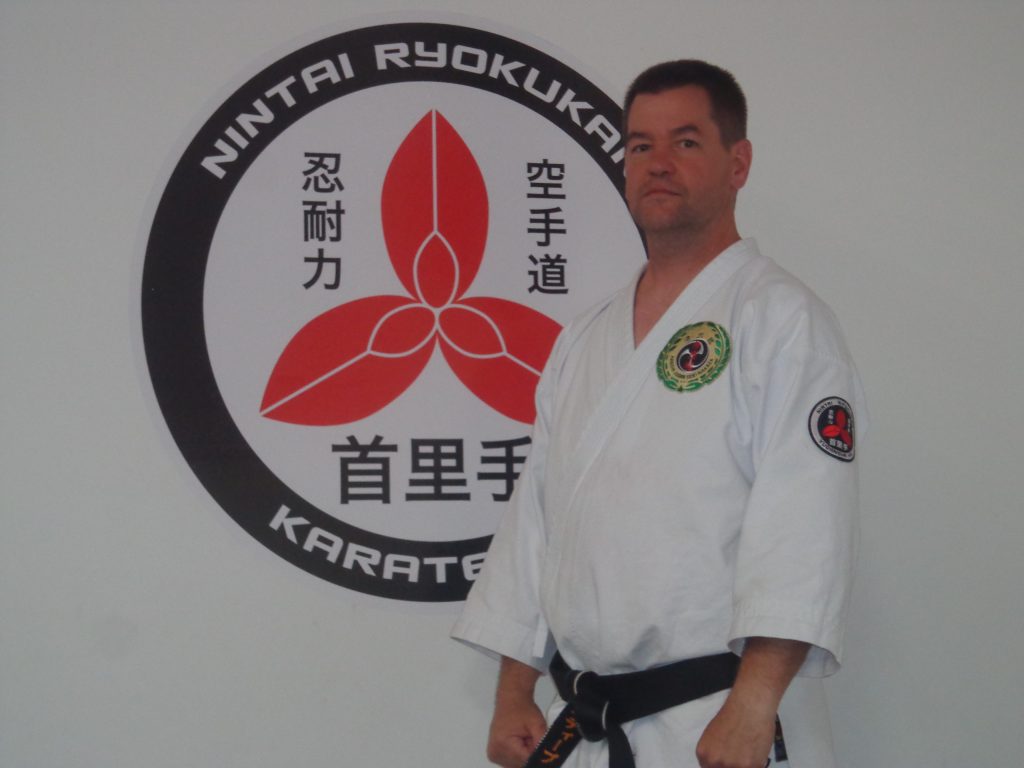 Sensei Steve Patterson began his training with Renshi McCammon in 2010.  He has been Renshi McCammon’s right hand man and private student for that entire time.  Initially, he was reluctant to begin his training, worrying that he was “too old” to begin the journey,  but after constant,  and somewhat relentless, encouragement from Renshi he decided to give Karate a shot and join the class. He hasn’t looked back since.

A consistent and dedicated student and teacher, Sensei Patterson is rarely absent from the dojo.  His warm smile and gentle encouragement is ever welcome by students young and old alike, and his unwavering commitment to detail makes him a true mode of the spirit of NRK Karate.

Off the matt, Sensei Steve guide young adults on UCSD’s campus, as a leader of the universities work-study catering program. Organized and meticulous, Patterson is often called on to facilitate events for thousands of people, all with students that he trains over the course of an academic year.

At home, Steve is a loving husband to a gifted artist, whose masterpieces can be seen on display around our dojo. He is also father to three strong young boys who share the passionate pursuit of karate with him every week at NRK Karate. If not for Renshi’s family presence the Patterson’s would easily be the “first family” of the dojo