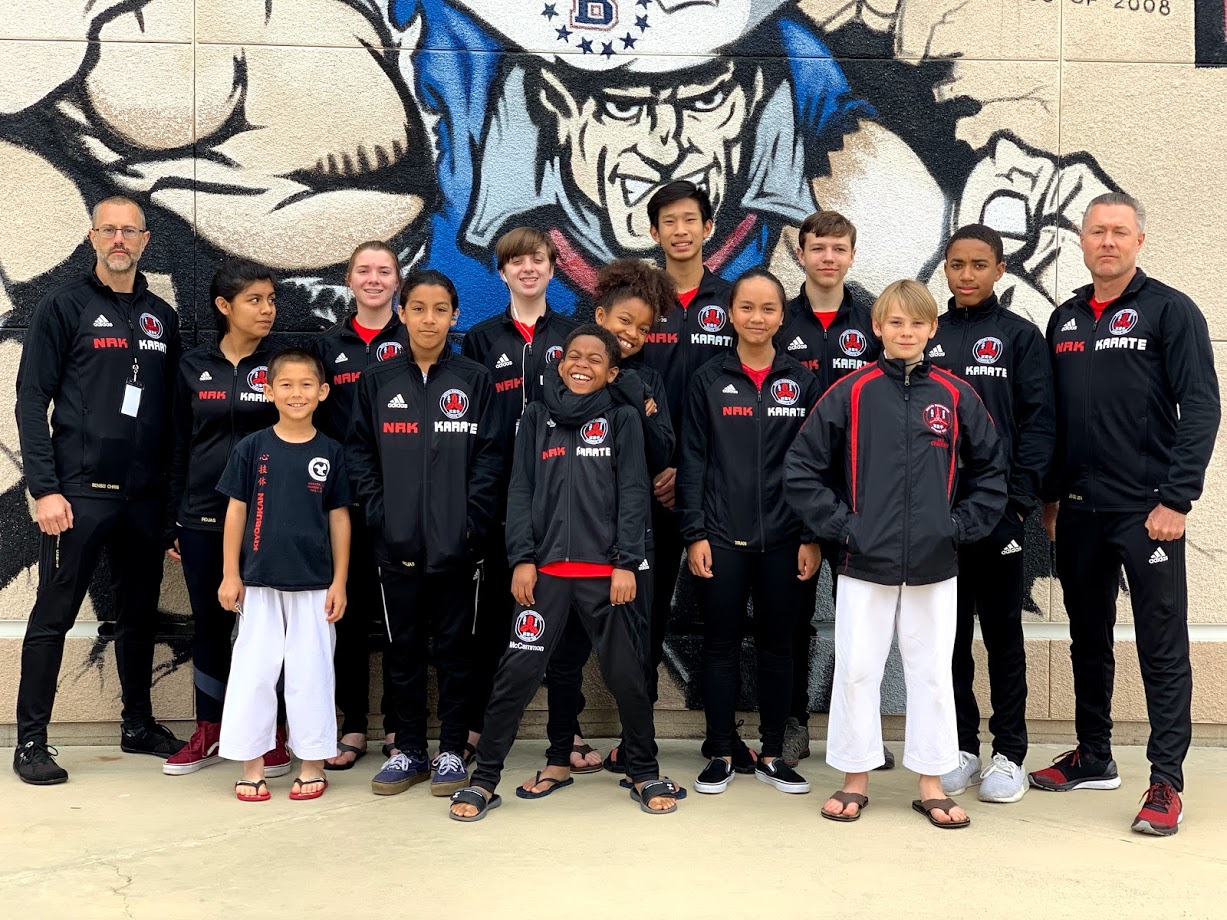 Big Cheers for the Competition Team.  Every member to the team that participated in this past weekend’s SoCal National Qualifier Tournament in Irvine, CA, qualified to participate in the USA National Karate Championships and USA Team Trials in Chicago, IL.   Not only did every member qualify the National Championships but each and every participant medaled a the tournament.

Among the  top performers in the tournament were Emily Tran with 2 Gold Medals; Sophia Krehan with a Gold medal in Sparring and a Silver in Kata (after being elevated to compete in the Boys Novice Division; Brielyn McCammon, with a Gold in Kata and Silver in Sparring while competing with a recent ankle injury; Samuel Rojas with his first Gold in a National Qualifier; and his older sister Yvetter Rojas, also with a Gold.

Now that the qualifier is over the teams full attentions turn towards Schamburg, Illinois where next month, the best karate athletes from across the US will gather to compete for a chance to make the USA National Senior and Junior Karate Teams.  As the only US Olympic Committee sanction karate organization in the country, the winner at this event are the few that will proudly carry the mantle of Team USA as we move ever closer to karate’s debut as an Olympic sport in 2020 Tokyo Olympic Games.

Hats off to the NRK Karate Competition Team.  Stay focused, and show them your best!