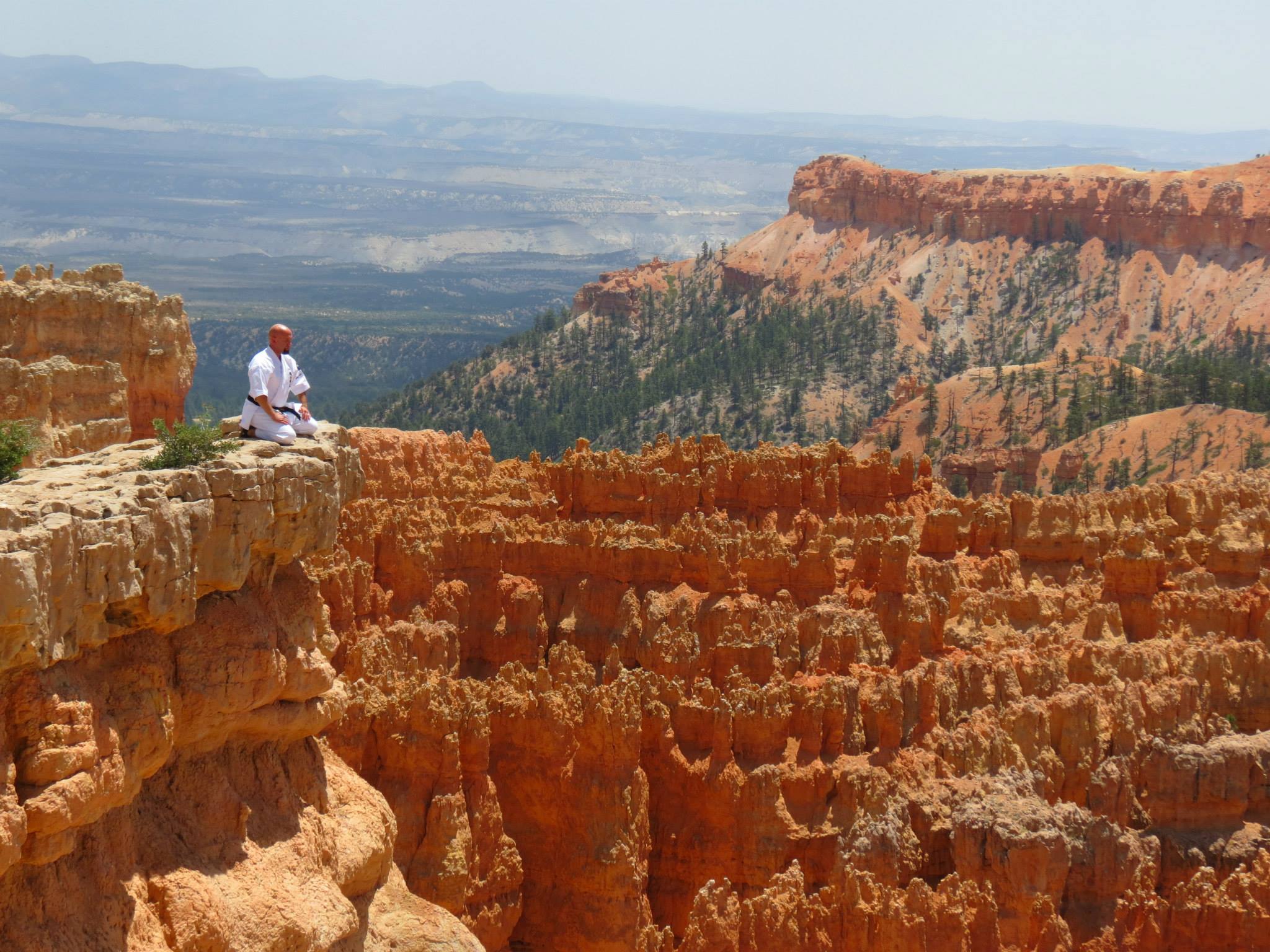 I often find myself having a conversation with parents about how well their child is doing in karate. Generally speaking my answer will be the same. "They are doing just fine." So why is is that I can apply the same response to such a wide variety of people at different points in their training? My response to it is this: Karate is different.

I'n most activities their is some juxtaposition inherent that separates the great from the average performer. There is your star point guard, you quarterback, you have first string, or varsity, or any other number of separators. Real Karate is not really built like that. Sure, there are champions in competition. There are also children that are physically gifted, or fast learners, but none of that really has much to do with the essence of karate.

In Karate Do (the karate way), the pursuit, ultimately, is for self perfection. It is not for a victory in a match or some metal clad medallion, trophy or flashy ring. Those things can be nice motivators from time to time, but do they really help you to be better. In some cases the arrogance that they breed can have the exact opposite effect.

Indeed, Karate seeks to help you to search inward to find a more perfect version of yourself. From that reflection you learn to grow and improve. In that way can there ever be a point in your training when you are not doing well. That is like telling someone that I want you to be great, but could you please hurry it up, I have a time line to keep... Sound ridiculous? I sure hope so.

Now that is not a dig on any of the parents who ask me that question. We come from different places. I have spent most of my life training, thinking, studying and meditating on karate and its meaning. You are coming to me cold, for the most part. It is for this reason that I am writing now.

Again I say, Karate is different. Every student can be great. I truly believe that, and history has proven me to be correct. Many of the most famous masters of karate were less than what the common world would consider to be sports icons. Many may not have even been considered athletes of any sort when they began training. That is actually appropriate, because karate is not a sport, but that is a topic for another post. As I said, many were not athletes. Some very notable masters were frail or sickly, others were not regarded as that intelligent when they started, but in all of their cases, where they ended up, and where they started were two totally different places.

Every Karate student has a path to greatness. Everyone's path however is not the same. If you were to tailor a suit to two men of a similar height and build, the two suits would be different. They could be on the same color. the same fabric, but they would be different. Such is the case with karate.

Each student will mature at their own time. Each will find a different inspiration. My goal is to use a systematic method to get them to look in the right direction to find their path. I can not truly give it to them. Nor can I really teach it to them. What I can offer the is a direction. A general course that I have followed, and continue to follow in my quest to find a more perfect me. In that way definition of sensei is very appropriate...one who has gone before...it doesn't literally mean teacher though that is the most common translation. Similar is the case with the term senpai ...senior. Both terms imply the presence of applicable experience, not some ethereal knowledge. Even the terms that we regard for what we in the west would call an expert, master or grandmaster....Renshi, Kyoshi, Hanshi, literally these terms are more a recognition of a person's character as a role model than they are an assessment of greatness.

So what am I trying to say with all of this? Simple. If a person of any age is engaged in a practice that has at is core, the holistic development and improvement of that person as a contributor to the world, than participation constitutes a degree of success. When you goal is perfection know two things: 1 -Your path is a long one. How many years are their in infinity.? 2. Action is progress, and progress (towards perfection) can never be anything less than great.