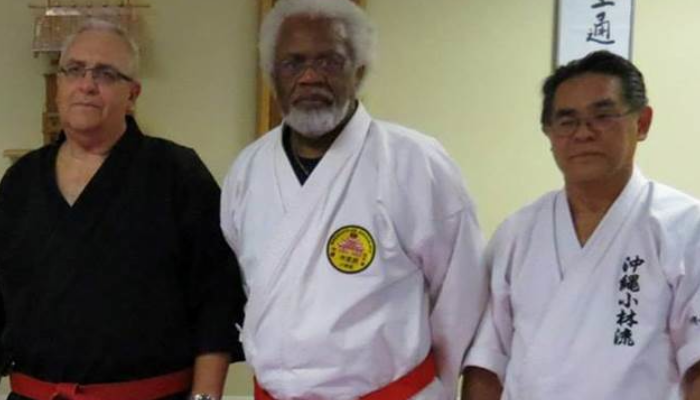 The 2014 calendar year will be an important point in the history of NRK Karate.  This year will be the first time that I will have the honor of playing host to the people that have been so influential in my Karate training.  This will also be the first time, and likely the only time in the near future (the next 4 -5 years) that we will have the honor of hosting FOUR Hanshi (grandmasters) of Traditional Okinawan Karate.  And these are no ordinary Hanshi.  The gentlemen that we will host were THE pioneers of our Karate in the United States.  They are among the few living first generation students of Shugoro Nakazato, the inheritor of our system from its first Hanshi, and they are some of the most knowledgeable and well respect Karate-ka in the world.

The men that I am speaking of:  Hanshi Jiro Shiroma, the original and most senior student sent to bring our system of karate from Okinawa to the U.S.; Hanshi Frank Hargrove, my first teacher and primary instructor of more than 20 years; Hanshi Robert Herten, the second American to ever be promoted to the rank of 7th Degree black belt in our system of karate; and Hanshi Masanobu Kikukawa the first person to make the rank of Kyoshi under the legendary Soichoichi Gibu.

I always strive to give my students the best experience and the deepest knowledge that I can possibly muster.  This is the very best that I have to offer.  It has been more than two years in the making, and every bit of it has been for your benefit.  Take advantage.