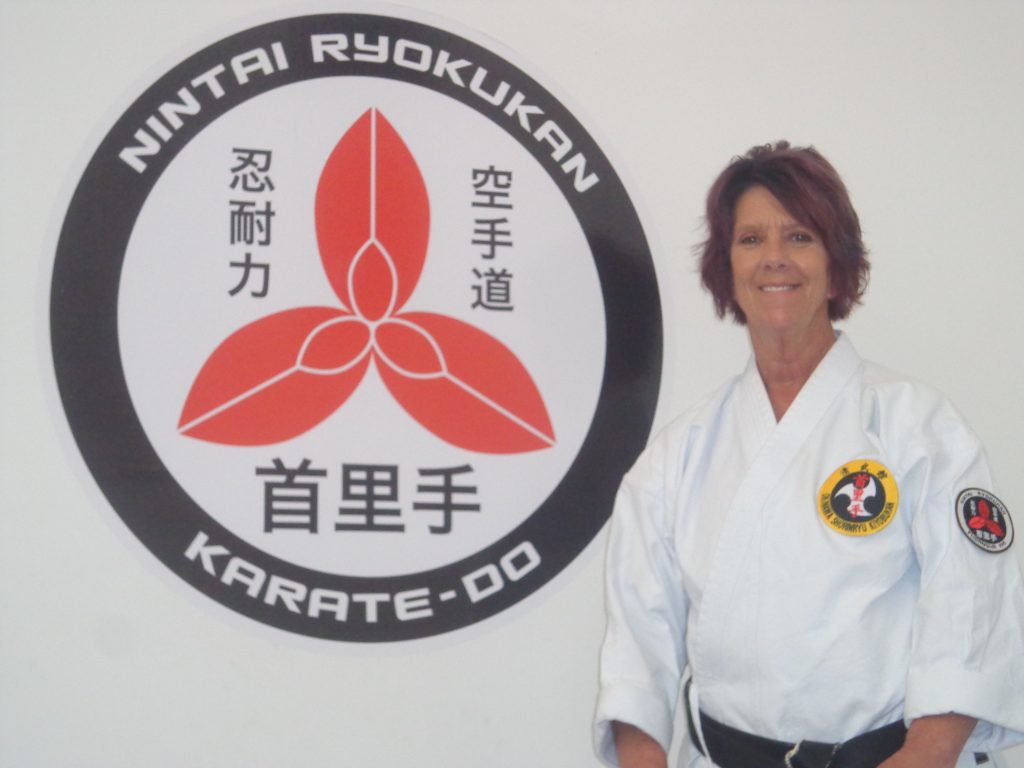 Sensei Kyle Borchardt began her training in the fall of 1999 in Hampton, Virginia under the instruction of Kyoshi (7th degree black belt) Bryan Hobson, who was later personally selected by Okinawan Grandmaster (9th degree black belt) Seiei Nakaza to serve as the Director to the newly formed Okinawan Shorin-Ryu Kiyobukan Kiyokai (Association). After training with Kyoshi Hobson for 4 years, Sensei Borchardt relocated to San Diego and resumed her training with Sensei (3rd degree black belt) Morgan Dawson. She received her Shodan (1st degree black belt) under Sensei Dawson and Kyoshi Pat Haley in the Fall of 2004. 2 years later, she was awarded her Nidan (2nd degree black belt). After Sensei Dawson’s tragic death in early 2007, Sensei Kyle continued teaching his students for another 2 years.
Since the first time she bowed onto the Dojo Floor, Sensei Borchardt has had a strong desire to compete. She has won multiple National Titles, as well as numerous Gold Medals in both AAU and Open competitions for Kumite (fighting), kata (forms) and weapons kata. At one point Sensei Kyle and her daughter, Sensei (2nd degree black belt) Jordan were the first ever simultaneous mother/daughter National Champions in Kumite (fighting competition) having won their respective divisions at the AAU National Competition in New Orleans.

In March of 2011, fate brought Sensei Borchardt, and Kyoshi Hobson together again. Kyoshi Hobson invited her to meet a friend, Sensei McCammon, who had started a dojo under the newly formed Shorin-Ryu Kiyobukan Kiyokai.

Sensei Kyle is the Director of the Center for Psychiatric Social Rehabilitation in San Diego where she resides with her husband John, they have two children and 3 grand children that all live on the east coast. Sensei Kyle has a Master's Degree in Social Work from Old Dominion University in Norfolk, Virginia. community.